What are Sub and Dom?

BDSM is an abbreviation for a whole range of sex variations, and the letters must each be understood in pairs: Bondage and Discipline, Dominance and Submission, and Sadism and Masochism (the pleasure of inflicting pain and that of receiving pain respectively). The persons involved are the submissive person Sub (submissive) and the person Dom who sets the tone (dominant). Both roles can be taken on by both sexes — but not at the same time. Mostly, however, it is a tendency in the character of the partners. This means that one will predominantly or always have the submissive part and the other the dominant part. It is not at all a question of “real” power over the other, but a very pleasurable form of play that brings many people great fun and deep satisfaction. A sub is therefore a woman who knowingly and willingly submits during sex and leaves the leadership in lovemaking to her partner. However, there are also many men who like to be submissive during sex — especially when it is the other way around in their respective professional lives, and they are constantly in a leading position. For this reason, by the way, dominas have been around for ages, enabling women and men to slip into a completely different, unfamiliar role. 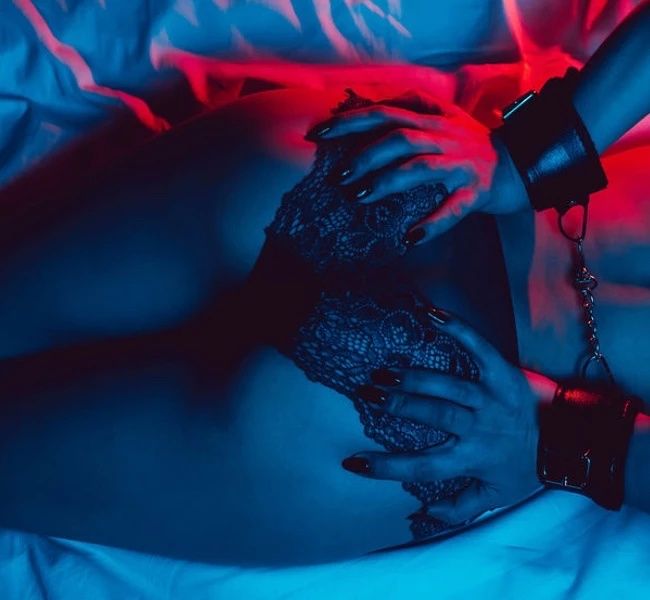 Submissive qualities- how do I know that I am a Sub?

Do you like to give up the lead? Can you imagine giving up control completely in bed and trusting your partner blindly? Does it sound exciting to you to have someone telling you exactly what to do and what not to do during sex? And do you like being tied up and spanked if you don't “obey”? If you answer “yes” to at least two of these questions, you are probably a submissive woman, i.e., a Sub. This does not at all mean that you are a little grey mouse and hardly dare to open your mouth in daily life. On the contrary, taking on the submissive role during sexual intercourse requires courage and trust in your partner. After all, they place themselves blindfolded in his hands and are more or less “helplessly” at his mercy and at the mercy of his sex fantasies.

Relationship and sex between Sub and Dom 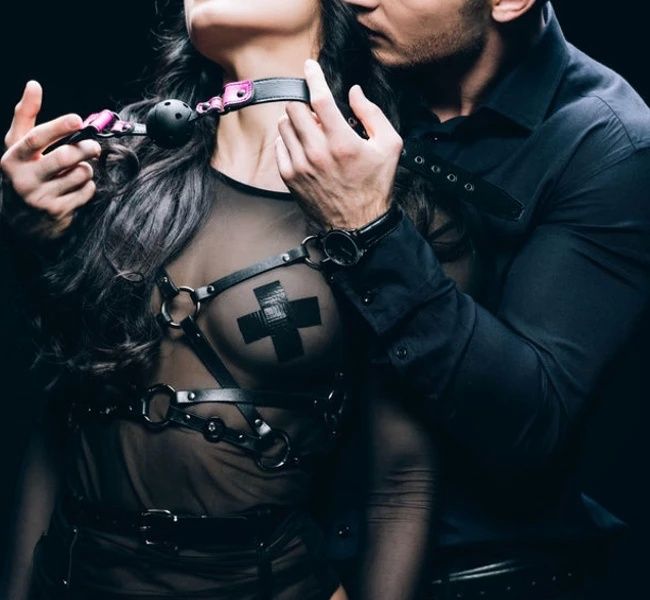 What rights does the Dom have? 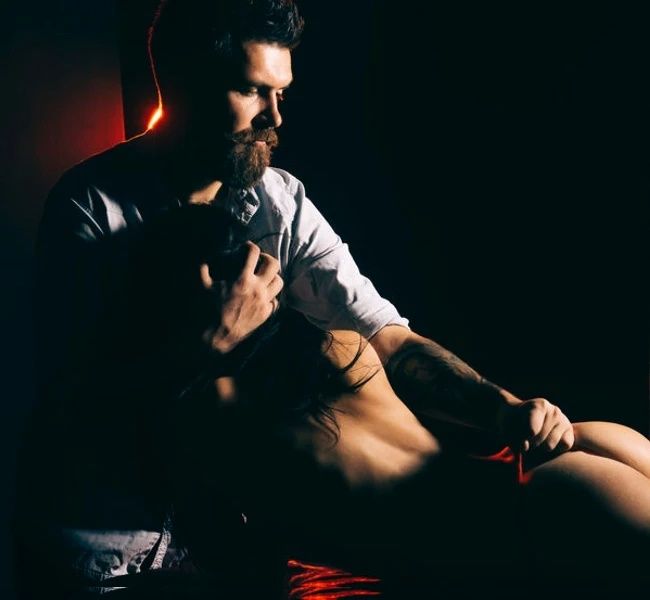 What are the duties of a Dom?

Men who are fully absorbed in the role of a Dom also take good care of their Sub after the session. After all, picking up the humiliated person after sex is one of the most important things about BDSM. A self-respecting Dom shows responsibility for his submissive, holds her in his arms and cares for her emotional and possible physical wounds. Mostly, sub-dom relationships are long-term, even if they take place outside of marriage. Therefore, the part of aftercare after each session is a matter of honour for a responsible Dom, as is the 100 per cent observance of the safeword.

What rights does the Sub have?

Basically, it is the Sub who has the most rights in BDSM. Because before both partners slip into their respective roles, clear, irrevocable rules are laid down for the session. The Dom is not allowed to break these rules during the takeover. If you as a Sub say that you don't want to be gagged, he may at most ask you again later if you wouldn't agree. Otherwise, gags are taboo, and he has to abide by them. Are you the submissive part? Then of course you also have the right to get your money's worth — just not when you want it. Your Dom will decide when and how to satisfy you and will probably “punish” you if you ask for it too early or too often in his eyes. Setting a stop word (also called a safeword) has to do with the rights of the Sub. If at any time you feel that your submissiveness has been violated emotionally or physically, or if you change your mind even at short notice, you can use the stop word. Every Dom will then immediately stop what he is doing to you, loosen the bonds and ask if you are okay.

What is special about Sub & Dom Sex?

As already mentioned, the variation of the submissive and the tone-setting part during sex has a special appeal for many people. It is the feeling of surrendering completely and not having the slightest idea what will happen in the next second. For example, Subs who feel very comfortable in their role experience a strong arousal at the very thought of being blindfolded, tied up or whipped. And Doms feel the same way as soon as they think about chaining their partner to the bed. They love to get their Subs so hot with chastisement and dirty talk that they beg for “release”. Because in the end, it's usually still about sex — even if the role play, which often lasts for hours beforehand, doesn't necessarily end in sexual intercourse. By the way, not every Dom is interested in humiliating his (sex) partner, whipping him and inflicting (much) pain on him. Especially in romantic long-term relationships, couples often develop a wide variety of sex games so that physical love is not neglected. And this is where BDSM variants are becoming increasingly popular. 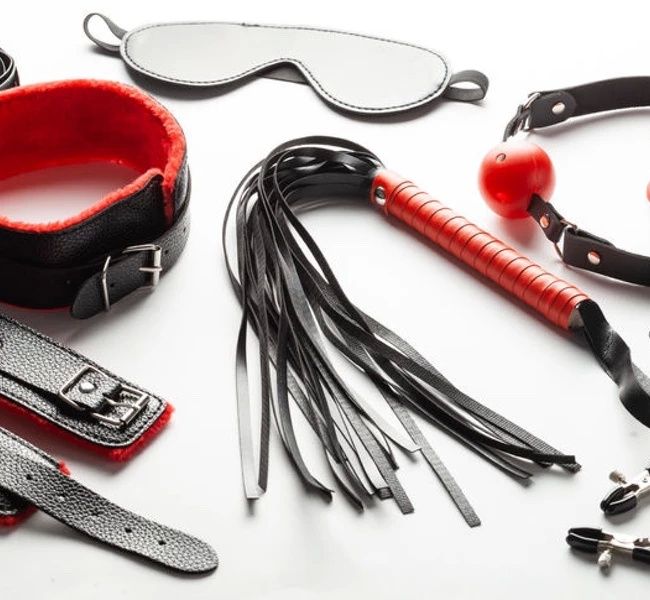 Because even though taking on the roles of Sub and Dom usually corresponds to the actual character, BDSM sex in partnerships often has a different quality. Many Subs can only imagine their preference for this type of sex within their relationship, as it has a lot to do with trust. Numerous Doms share this opinion, as they naturally know much better about their partner's limits. On the other hand, others could never imagine slipping into these roles with the one they love. For some, the allure of the unknown is an integral part of their temporary life as a Sub or Dom.

How can you become a Sub?

If you are asking yourself this question, you probably have a submissive personality. You may also not even know about your inclination yet, or you may be curious and want to try submissive sex. In this case, you should be on the lookout for a reputable platform where you can arrange to have Sub and Dom sex. Be honest and tell your Dom that it is your first experience. However, you should be able to endure certain levels of insults and pain or even look forward to it, otherwise it won't have much to do with S&M and its games.

Where can I find a Sub or Dom?

Are you curious and want to experience how a Sub or Dom feels? Dare! Visit our fetish ladies who love to dominate you. Some of our ladies are also ready to be dominated by you after a few meetings, if the chemistry is right.  We wish you much pleasure and fulfilment in the process.