The term hybristophilia is composed of the Greek terms hybristes, meaning "evildoer", and philia, meaning "affection" or "friendship". It is a so-called "deviant sexual inclination" (medically paraphilia). Hybristophilia is characterised by the fact that those affected feel particularly attracted to criminals in a sexual sense. However, they themselves do not suffer from their tendency to find violent and sexual offenders or even murderers sexually attractive. As long as a person affected by hybristophilia does not endanger themselves or others through their preference, this disorder is considered by medical professionals as not requiring treatment. So the phenomenon colloquially known as Bonnie and Clyde syndrome could rather be categorised as a fetish.

Why are woman into bad boys

The cliché that women secretly prefer almost all of them to have a bad boy as a partner is widespread. This view is fuelled not least by cinema and television. When you see them on screen, swashbucklers and world saviours with their rough behaviour have a special charm. They don't care about rules, mercilessly avenge injustice and are idolised for it. On top of that, the ruthless rocker or serial killer usually ends up with the protagonist of the film, who is coveted by everyone. So it's no wonder that many women have a penchant for outlaws—one would think.

The secret sex fantasies of women 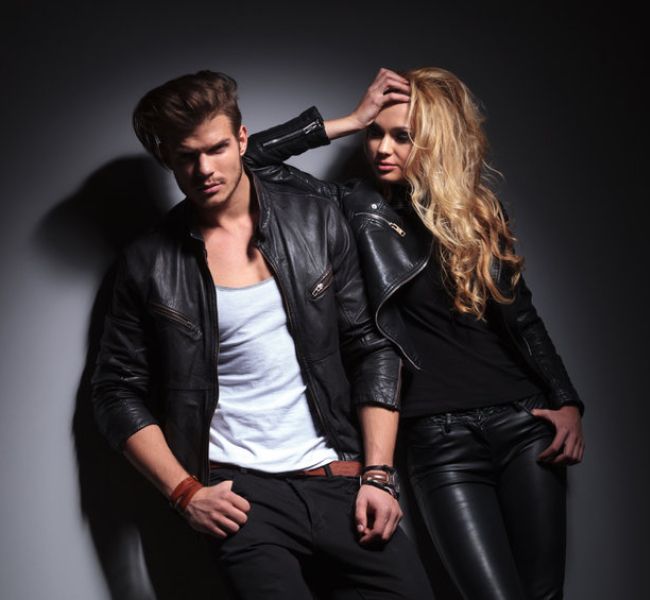 However, if a woman falls in love with a nasty villain in real life, she is probably a hybristophile. She often fails to recognise the character of the perpetrator and is sure that he is actually not a bad guy at all. However, a hybristophilic love is very often accompanied by a depressing suffering because the public naturally shows no understanding for such behaviour. As a result, hybristophilia often leads to loneliness and social exclusion. But why do women get involved in relationships with criminals? A look at the psychological view of the sexual attraction of serious criminals is essential for understanding: 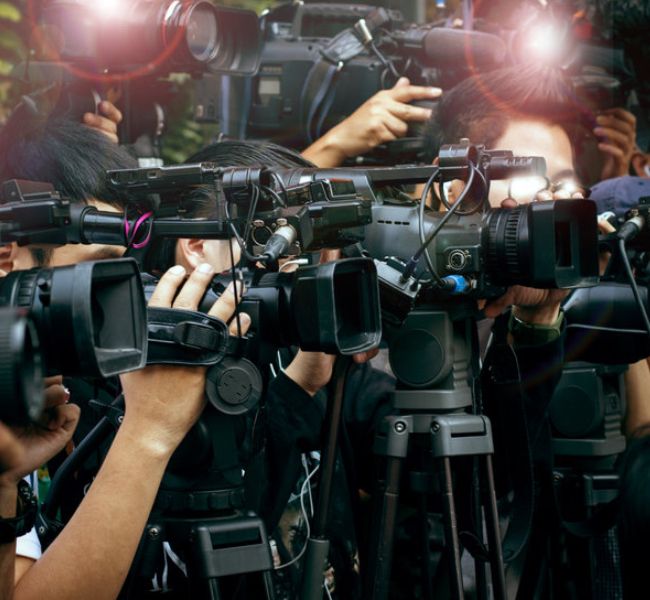 Although individual cases of Bonnie and Clyde syndrome make the headlines from time to time, the causes are virtually unknown. There is hardly any empirical research, although some psychologists are eagerly researching this tendency. One reason for the great attraction that mostly male criminals exert on women could be found in their media presence. Especially in the USA, the arrests and trials of mass or serial killers often create a real hype. TV and radio report on them in a concentrated way, thus giving criminals a real sense of fame. This dubious popularity in turn attracts affected women in particular. The reasons for this could be a lack of self-confidence or the secret dream of becoming famous themselves.

Loneliness is also suspected as a cause for the desire of violent offenders because they are in the limelight. Because a broad mass is interested in them and they are permanently surrounded by many people. The desire for attention would therefore be satisfied if a woman with hybristophilia were the partner of a delinquent.

It is also interesting to note the evolutionary psychological view according to which affected women desire the alpha male, which a criminal man represents in their eyes. In doing so, they unconsciously ignore that the kind of display of power on the part of their beloved is by no means socially beneficial.

Affected women have also often experienced a difficult childhood. So we are talking about abuse or maltreatment in the formative years of a young person. In the case of hybristophilia, however, the man who is loved is behind bars and thus poses no danger to the woman.

to the escort ladies 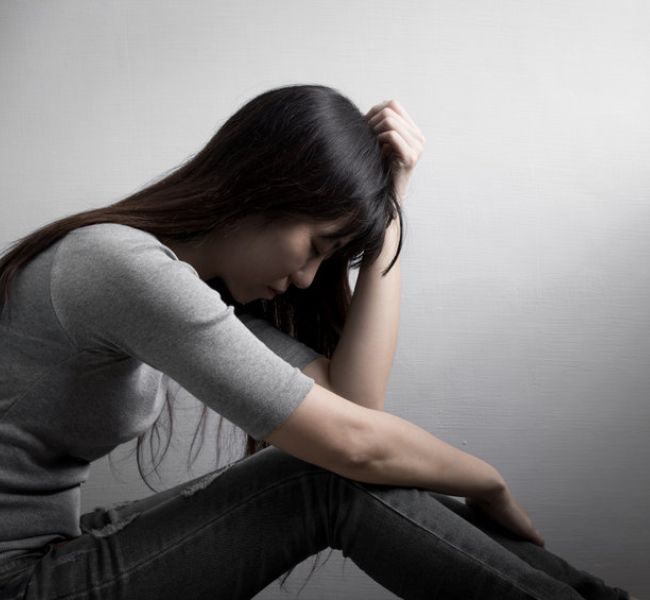 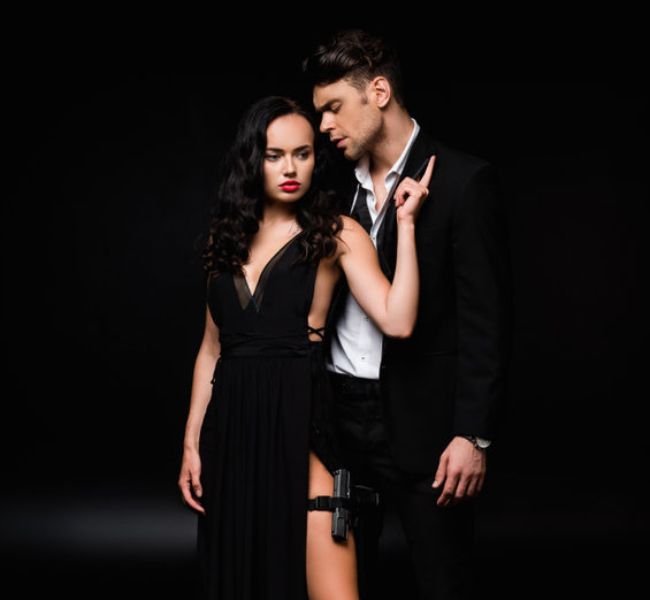 There are two main types of hybristophilia; the active and the passive form. In the passive type, those affected feel sexually attracted to violent criminals, but do not feel the desire to participate in their crimes. In active hybristophilia, on the other hand, women even instigate their partners to commit crimes. In extreme cases, they even become accomplices and assist in the crime because it excites them sexually.

Everything you need to know about role play

Reinhard Haller, an Austrian psychiatrist, goes into even more detail in distinguishing the forms and even speaks of three forms of hybristophilia.

All suspected triggers for hybristophilia at a glance

Here is a summary of all the suspected triggers for hybristophilia: 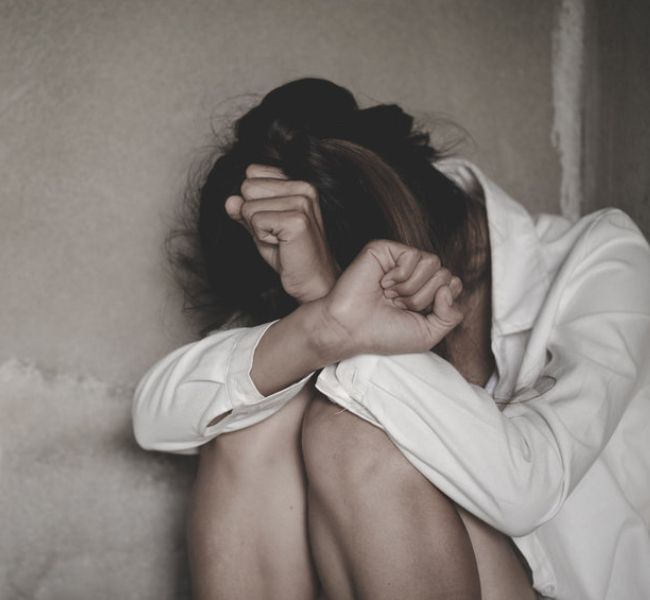 However, hybristophilia can become a potential danger for the victims themselves if they enter into a relationship with the offender and maintain personal contact with him. Because it could happen that they themselves become a victim as a result.

Loving a felon - a victim reports

As in most relationships of this kind, everything started quite harmlessly with our anonymous victim. She was looking for a partner online and was contacted by him on a dating site. He asked for a photo of her, which she refused. Nevertheless, flattered, she browsed his profile on the dating site - and liked what she read there. His picture was also very appealing, he seemed humorous and she liked that. She decided to reply to him after all and the conversation didn't want to end. The two of them met online every day and exchanged ideas. He was skilled at flirting and the conversations slowly became downright sexy. Contrary to her nature, our victim was the one who suggested a face-to-face meeting. He refused, saying he had to go on a business trip first, but after that he couldn't think of anything nicer. They continued to write to each other daily and confided more and more about each other's lives.

One day he asked her to take a lot of time to chat, he had something very important to tell her. "No problem, I'm already off work. Fire away!" she typed. He replied to her, "What I have to tell you will probably scare you a lot and I think you will break up with me afterwards. But I can't keep it a secret any longer because I feel so connected to you that I really want to be honest." He continued, "So I'll keep it short and explain afterwards: I killed a woman and I was convicted of it. I am a murderer." The victim tells us that after this inconceivable confession she was of course at first at a loss for words. Her brain seemed to be filled with cotton wool and she simply could not answer at that moment. She closed the laptop without comment and buried herself crying in her bed. 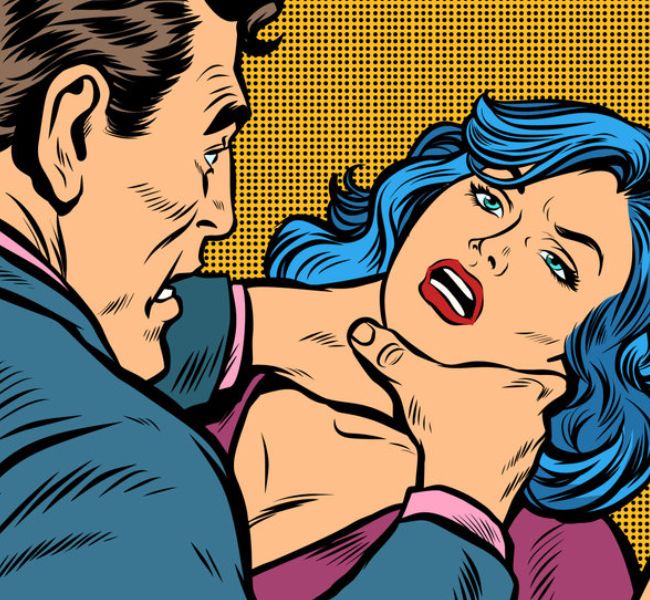 The next morning she was more composed and wanted to answer him. She found a long note from him in which he explained in detail how the crime had happened. His girlfriend at the time had cheated on him, had moved out, but was still giving him hopes of resuming the relationship. He says he loved her idolatrously and waited for her for a long time, giving her time and space. One day she got in touch to talk about the future. The air crackled between them and she even kissed him passionately, only to say immediately afterwards that she would marry someone else in the near future. At that moment he simply saw red and acted as if remote-controlled, he explains to himself. It was as if he saw himself putting his hands around her neck and squeezing. It was like in slow motion and yet it happened so fast at the same time. When he regained control of his thoughts, she stopped breathing, whereupon he immediately called the ambulance and the police. He had been sentenced to 15 years' imprisonment for murder and released early after almost 12 years.

interviews of our escort ladies

Since then, he said, he has been fully concentrating on having his life firmly under control and has not had any thoughts of a relationship so far. Friends had finally told him he could not stay single forever and advised him to use a singles exchange. She knew the rest of the story: he had met her and fallen in love.

Our victim had to admit to herself that she still had feelings for him. She simply had to meet him in person, because what she had to say could not be written. He immediately agreed to her request for a meeting in a public place. Seeing him in real life caused her weak knees, she says. Not out of fear, but because he had incredible charisma and was insanely charming. "It was ultimately his honesty that convinced me to continue our relationship" she brags. And it's been a "great and respectful partnership" like none she's had before. The two have been a couple for a good three years now and she successfully pushes the thought of his dark past aside more and more often. She just can't confess to her friends and family what a terrible crime her boyfriend has committed.

As we can see, hybristophilia has many faces! Those affected can be completely normal people who have no disorders or unusual sexual preferences, as the case described shows. In fairness, it must also be said that there are indeed perpetrators who are successfully rehabilitated. They repent of their crime, which was usually a single act, and never relapse. It is therefore difficult to put hybristophilia into one category. Some find it acceptable, others unthinkable and still others see it as a fetish. However, this would probably only apply to people who repeatedly enter into relationships with rapists or murderers and only find sexual fulfilment through this. However, the Bonnie and Clyde syndrome is a popular fantasy in role-playing games! The idea of doing something that is hardly or not at all socially accepted can really have an extremely erotic effect on both partners. That's why our escort ladies are often asked by clients who would like to play the bad boy and be adored by their companion.

Live out your sexual fantasies with our ladies 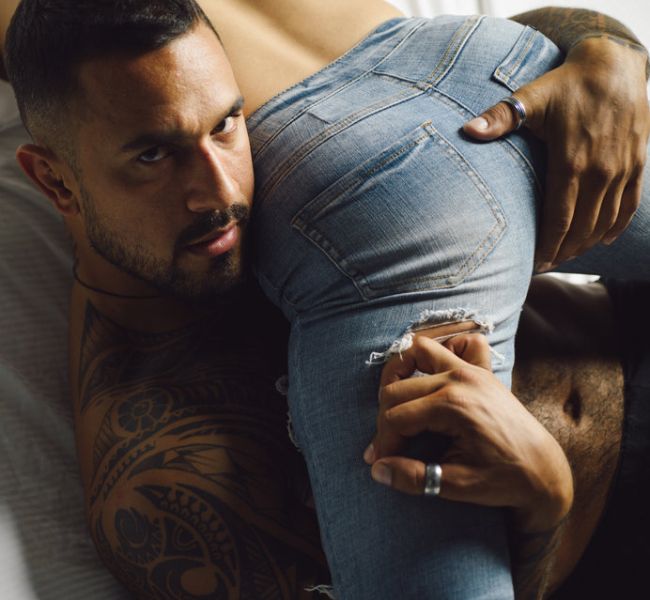 Consequences if you give out your number
New introduction of the last 3
Reasons why you don't earn money!