Do you come during sex faster than your partner can say "Not today, I have a headache"? Do you have even less control over your ejaculation than over your bladder after 3 beers? Then you are like an estimated 20 to 30 percent of all men who suffer from ejaculatio praecox - premature ejaculation. The good thing is that no one has to live with it. There are several ways to delay orgasm and keep going longer in bed as a man. If the question "How can I make it last longer?" also dominates your life, it's time to react. We'll tell you how to hold back your ejaculation and control your orgasm with our 7 Come Later Tricks.

You want to come later? Talking can help!

Quickly explained: In ejaculatio praecox, the affected man is unable to control his ejaculation. If he does not come before penetrating the vagina, he ejaculates after a few thrusts within the first minute. Generally, anything less than 3 minutes is considered premature ejaculation. What is anything but problematic for women and merely the beginning of multiple orgasms can develop into a real psychological burden for men, even to the point of avoiding sex. In addition to physical reasons, there are also psychological causes that can lead to premature ejaculation in men. Many of those affected put themselves under too much pressure right from the start, have too high expectations, don't want to disappoint their partner and are stressed as a result. Therefore, you should definitely not be ashamed and withdraw, but openly seek dialogue with your sexual partner and ideally also with your urologist. With the first of our Later Come tricks - having the courage to talk about it - you can reduce anxiety, enjoy more relaxed lovemaking and thus also prevent too early ejaculations over time. 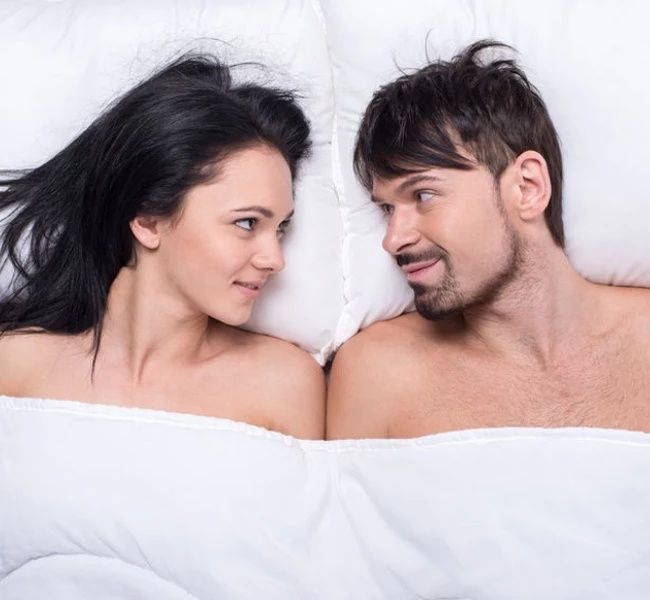 If you constantly reach your orgasm too early and are looking for tips on delaying ejaculation, you should try the stop-and-go method. This technique is all about stimulating the penis until the point of no return. Point of no return? This is the moment at which ejaculation will irreversibly occur - whether you want it to or not. Shortly before this point is reached, stop stimulating your erect penis. This allows you to stop the orgasm and start again after a short breather. Do this several times until you reward yourself with an intense ejaculation after 15 or 20 minutes. With the Start Stop Method, you learn to hold back your ejaculation. You are unlikely to come too soon during sex if you practise long enough. The best thing about the stop-and-go method is that you can either pamper yourself and your best piece or prevent premature coming together with your partner. You certainly won't be averse to a little manual labour or a nice blowjob through your sweetheart's mouth, will you?

How can you go longer? With the squeeze technique!

While the stop-and-go method can be used both as a dry exercise and during sexual intercourse, the squeeze technique is primarily used during sex. Especially during lovemaking in the riding position, women can "remove" the penis from their vagina, squeeze it and reinsert it particularly easily and quickly at the man's signal. The basic idea is of course the same:

Shortly before ejaculation happens, the stimulation of your best piece should be stopped and ejaculation prevented. The difference, however, is that your partner presses on the lower edge of the glans penis for about 15 seconds, thus blocking the urethra. This stops the ejaculate from shooting out, causing it to retreat and you to stop the orgasm. 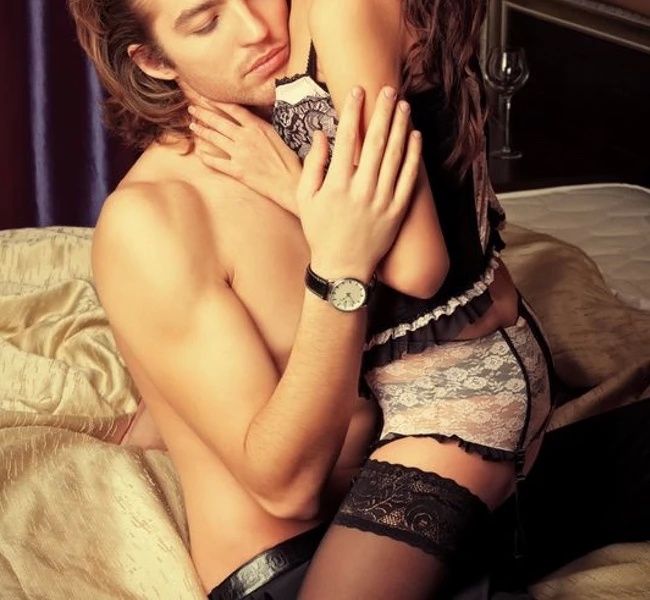 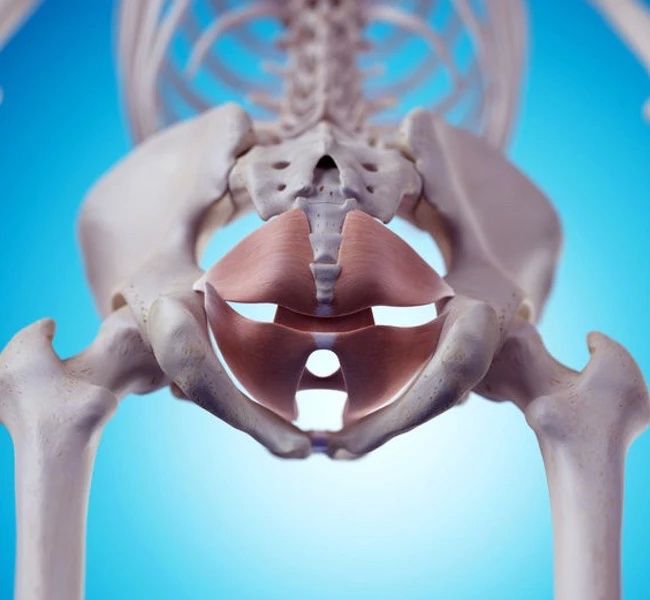 Exercise your pelvic muscles and delay your orgasm

If you no longer want to come too early during sex and want to prevent premature ejaculation with an exercise that is particularly easy to integrate into everyday life, regular training of your pelvic muscles is more than just a secret tip for more fun and stamina in bed. Based on the Kegel method, you train 2 muscles that significantly influence your ejaculation. In addition to the sphincter muscle, this is the muscle that your body uses to control the flow of urine. In order for a man to learn to delay his orgasm, it is important to train these two muscles effectively. Tense these two sphincters up to 40 times in succession for a few seconds and leave your legs and stomach relaxed. Practical: A sitting position is ideal for this, you can use the Kegel method wonderfully at the breakfast table, in the car, on the train, at work or in the evening on the sofa. Exercising your pelvic muscles several times a day should therefore be no problem - especially with the prospect of preventing premature coming and finally being able to hold back your orgasm!

Many women love it when their sex partner really gets into action in bed and can't hold on any longer. But if this causes him to lose all control and can no longer delay his climax, no one is helped. You should therefore pay attention to 2 things that many men suffering from premature ejaculation ignore: Breathing and thrusting technique. Even if it can be quite sporty between the sheets and you therefore lose your breath, there is no substitute for conscious breathing. Observed again and again: Men come too quickly if they hold their breath when an orgasm is imminent.

As a result, the body releases adrenaline, which causes carbon dioxide to accumulate in the blood. This means that ejaculation is not long in coming for a man. The same can be said for your thrusting technique, which in the worst case can lead you to an undesirably fast orgasm. Hasty in-and-out movements only drive your pulse up. To last longer in bed as a man, use your hips and work your bottom.

Try with an escort lady

Orgasm too soon? Numbing the penis and being able to last longer 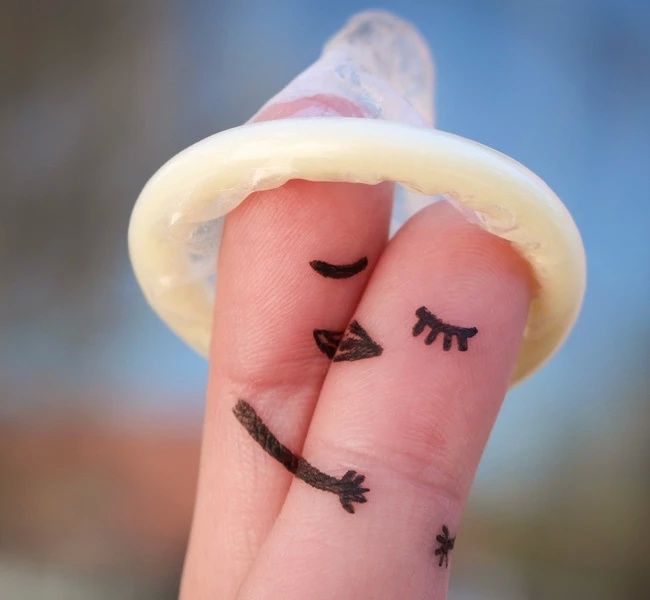 If the cause of your premature ejaculations lies in the hypersensitivity of your penis, the matter is clear: make sure you feel less and numb your best piece! Don't worry, you don't have to give your penis any strokes. Instead, use extra thick condoms. These will let you feel less of the wonderful moist, warm sensation in your vagina, but you can also delay your orgasm because of the reduced stimulation. Condoms with a numbing effect are also available on the market. But whether such act-prolonging condoms with anaesthetic or condoms extra thick: Not every man likes the practical overcoats. In this case, you can also use local anaesthetics such as ointments or a gel containing benzocaine. However, you should wait about 20 minutes before having sex so that your partner does not feel any discomfort from the active ingredient. As much as you want to prevent premature ejaculation, you should not overdo it with the dosage. In any case, stick to the instructions and don't mean too well when it comes to applying the ointment.

Delaying too early coming with medication

Drugs can also delay a man's orgasm. Of course, not everyone wants to take medications - but if you are just as comfortable with them as you are with new sexual practices, the appropriate tablets could be a solution. The active ingredient dapoxetine is used, which can be associated with some side effects, but can increase the time until ejaculation up to 3-fold. If you want to come more slowly in a natural way and do without medications against premature ejaculation, we can recommend the escort ladies from BB Escort.

Exercises with an escort lady

In a stylish lady you will find the perfect sexual partner who will help you through practice to be able to hold back the orgasm. Your wishes and needs are in the foreground, understanding is guaranteed. Also benefit from other valuable tips against too fast coming, after all, our ladies have plenty of experience and certainly already had one or the other lover with the same problem between the sheets. Last longer in bed as a man with an experienced lady from BB Escort!