With movies like 50 Shades of Grey or 365 Days heavily influencing our sex lives, it seems like everyone has a special sex fad these days. Hair pulling, choking, tying up or some other fetish approach is adopted in sexual intercourse. Sex today is supposed to be a bit "kinky", because having only "vanilla sex" seems to be more and more out. So new trends and fetishes have been forming for years, or rather: they are becoming more popular, more widespread and are practised more often than they were a few decades ago. Because they have always existed. But in the past, bondage, urine play and even spitting were considered incomprehensible erotic activities that were relegated to the S&M corner.

Bog standard sounds boring to you?

Spitting mainly takes place in the BDSM scene. Like many of the words used there, the term has its origins in the English language: to spit means to spit. What at first sight seems very bizarre and for some rather disgusting, has a high value among the followers of spitting.
But what does spitting mean in the context of sex? The use of spit can certainly have its stimulating aspects - even if one is talking about a fetish. If the thought of being spat on or spitting on someone else is pleasure-increasing, it is most likely a spitting fetish. In fact, this is much more common than some might imagine. However, using one's own spit as a lubricant on one's partner during sex is quite natural for many - without attaching much importance to it. If the very idea of spitting on your partner's body is arousing, spitting sex can be a hot affair. 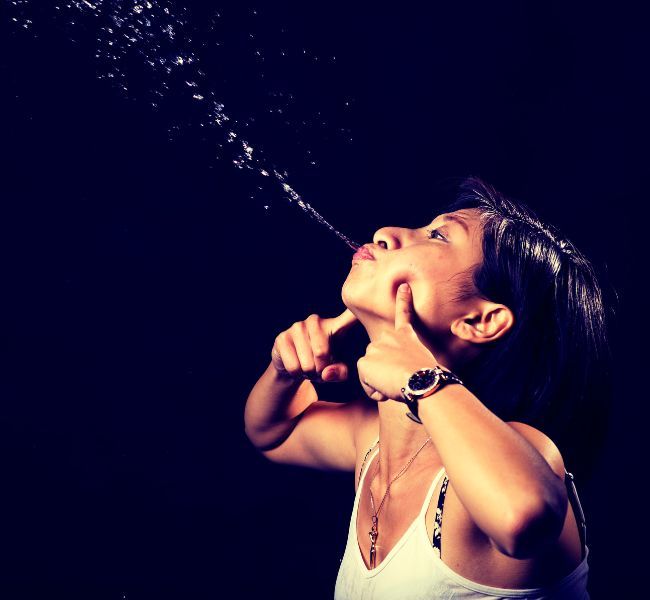 Why is spitting so popular?

Spitting during sex and the spitting fetish have been around for quite some time and many more people are into it than we can imagine. However, the question remains: why do people do it? Why exactly do some spit on their partner during sex?

In our childhood, we were taught that spitting was a bad habit and that we shouldn't do it. And the idea of spit on the face is downright repulsive to some. Yet spitting during sex is pretty common. Justin Lehmiller is a research associate at the Kinsey Institute in the US and author of the blog Sex and Psychology. He conducted a study that looked at various sexual fantasies. For his book "Tell Me What You Want", he conducted a survey of 4,175 Americans. He asked them about their sexual fantasies. Of the participants, about 43 per cent of men and 35 per cent of women said they wanted to spit during sex at some point in their lives. According to Lehmiller, this could be because many people get aroused by engaging in dominance and submission games. So in spitting, spit is a means of expressing dominance over another person.

This theory makes a lot of sense because when you give a person the power and permission to spit on you, they automatically dominate that person. And most submissives see the act of being spat on as a way of being 'marked' by their Dom. Various themed online communities confirm that this is indeed a very common trend in Dom-sub relationships.

In fact, it is so common that a name has been established for it: It's called "spitting domination". The generic term for subs who get spit on is "spit slaves", with women being referred to as "spitting mistresses". Another word you may have heard is the domina kiss. In this case, the mistress, i.e. the dominant, spits into the open mouth of her submissive.

Dominance in sex - dom and sub

Maybe now you understand why spitting games are really very sexy for some. You might even be intrigued enough to want to try it out. Yet, the exchange of spit could be very disturbing for some. So the question arises: how safe is it really to use spit during sex?

Well - anyone who has ever had sex knows the situation where there is a bit of dryness in the female private parts for some reason. If you don't have any lubricant at hand, the next logical alternative seems to be to wet yourself or your partner with spit. However, doctors usually advise against this, and that's because STIs can spread through saliva. The possibility of transmitting oral cancer through oral sex is also real. That's why some health experts even recommend protected oral sex as a matter of principle! "Any STD in the throat or mouth can be transmitted to the genitals through saliva," explains Dr Felice Gersh in an interview with Health magazine. For example, if your partner has an active herpes lesion, you may very well get genital herpes if you use his spit as lubricant. 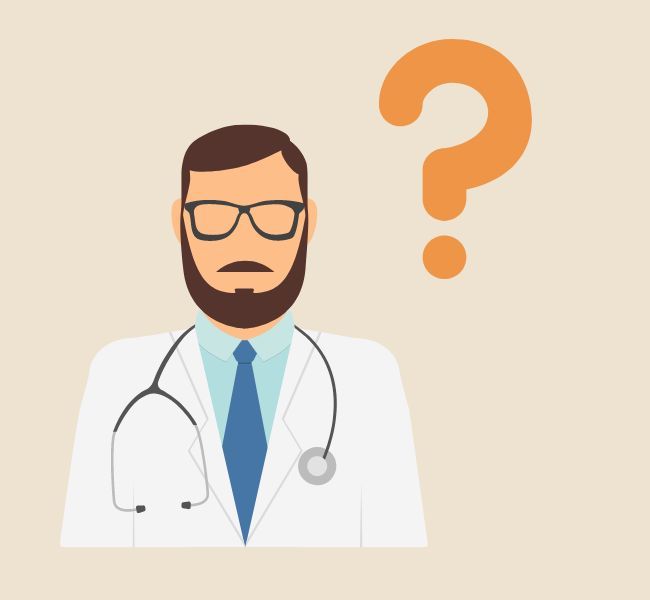 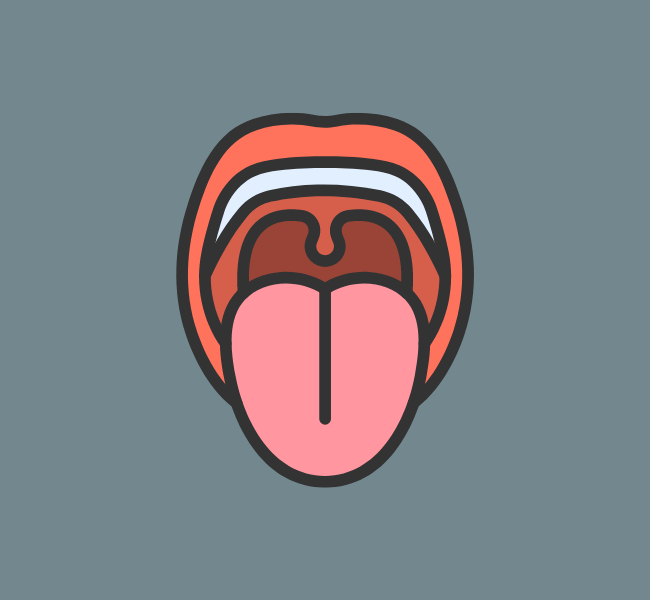 In fact, this is one of the most common ways genital herpes is transmitted from one sexual partner to another. This is because it is asymptomatic in most cases. Even if you or your partner do not have visible cold sores on your mouth, the virus is still highly transmissible. Herpes is not the only sexually transmitted disease to worry about: "Gonorrhoea, chlamydia, HIV, syphilis and trichomoniasis can also be transmitted through saliva to the genitals," adds Dr Gersh. And by the way, even though HIV transmission through spitting is unlikely, it is not completely ruled out.

Women could also contract a vaginal infection. We all know that bacteria are everywhere in our bodies. However, the bacteria in our mouth and saliva are very different from those in the vagina. In addition, saliva also contains certain digestive enzymes that help break down food. When these digestive enzymes come into contact with the bacteria in the vagina, a severe imbalance can occur. The vaginal microbiome could be disrupted, which in turn would increase the risk of yeast infection or bacterial vaginosis.

Dr Gersh goes on to say, "The use of saliva as a lubricant creates an ideal breeding ground for altering the vaginal ecosystem to trigger one of these infections." Yet the bottom line is that saliva is not even close to being as good as lube! Although people who like to spit may disagree. Spit technically has no properties that would make it a good lubricant. The doctor explains: "It doesn't have the smooth consistency you need, it evaporates or dries faster, and it also irritates the mucous membranes."

So even though spitting (just like drooling) definitely has its downsides, it doesn't have to be avoided completely. However, if you absolutely want to try this sex variation in the bedroom, you should discuss it extensively with your partner beforehand. And: For the reasons mentioned above, you should rather practise safer sex. A good precondition for approaching spitting responsibly is to make sure that both partners are well hydrated. Also, both should be healthy and have no open sores or cold sores on their bodies.

Some people probably already know that their partner will probably never be comfortable with spitting. If this is also the case for you, you are probably seeking alternatives. That's understandable because sexual curiosity, regardless of its nature, cannot usually be permanently suppressed. Rather, pushing it aside often causes frustration over time. It is therefore good to know that many friends of spitting can also be found in the escort service. Fetish escorts are often just as pleased with the idea of spitting as some clients. If you like to get some domina kisses, you are at the right place with escorts with spitting fetish experience who are willing to experiment. Feel free to explore the world of spitting if it gets you hot. An attractive escort lady is guaranteed to make your first experience a memorable one.